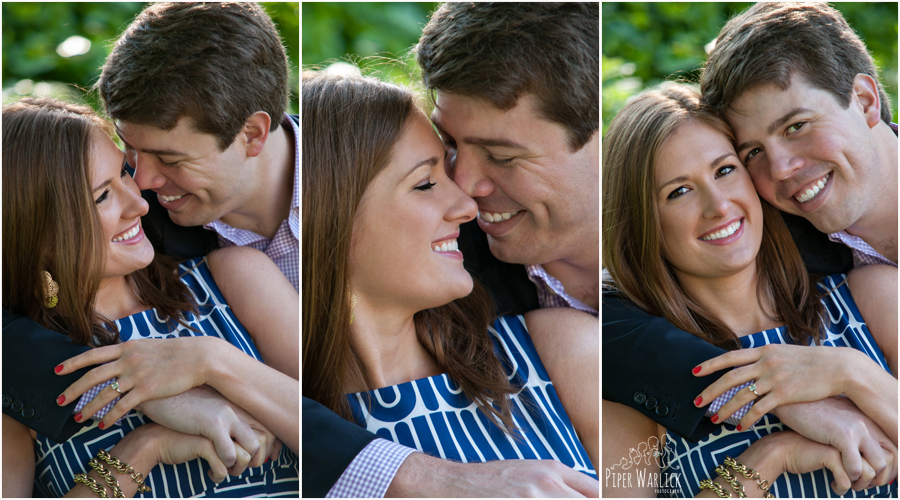 Attending the same church and middle school, Leslie and Hugh were a part of each other’s lives long before he asked her out their junior year at Myers Park High School. When Hugh arrived to take Leslie on that first dinner date, he gave her a single white rose. Leslie saved the flower. It was the first one a boy had ever given her. She never imagined it would be the first rose of many from her future husband. Although the relationship never took off in high school, they kept in touch while attending separate universities. Leslie and Hugh rekindled their romance during their junior year in college, taking turns visiting each other at school until they were both able to settle in Atlanta after graduation.

Hugh proposed in Leslie’s Atlanta apartment before taking her out to dinner at one of their favorite restaurants in town, the Horseradish Grill. In all the excitement, they were terribly late for dinner, arriving just as the restaurant was emptying out from a busy Friday night. They celebrated over a romantic dinner with the entire restaurant to themselves.

Since I attended graduate school in Atlanta, I am always looking for an excuse to visit. I suggested that we shoot the engagement session in Leslie and Hugh’s hometown. What better spot than at the restaurant where they celebrated their engagement? We tried for a Saturday evening sunset session, but the weather refused to cooperate. Plan B was to meet again for a sunrise session on Sunday morning. Similar to the night they got engaged, the normally bustling restaurant was closed at that time and we had the whole place to ourselves. The Horseradish Grill‘s expansive kitchen garden made a perfect backdrop for a quiet, romantic Sunday morning session.