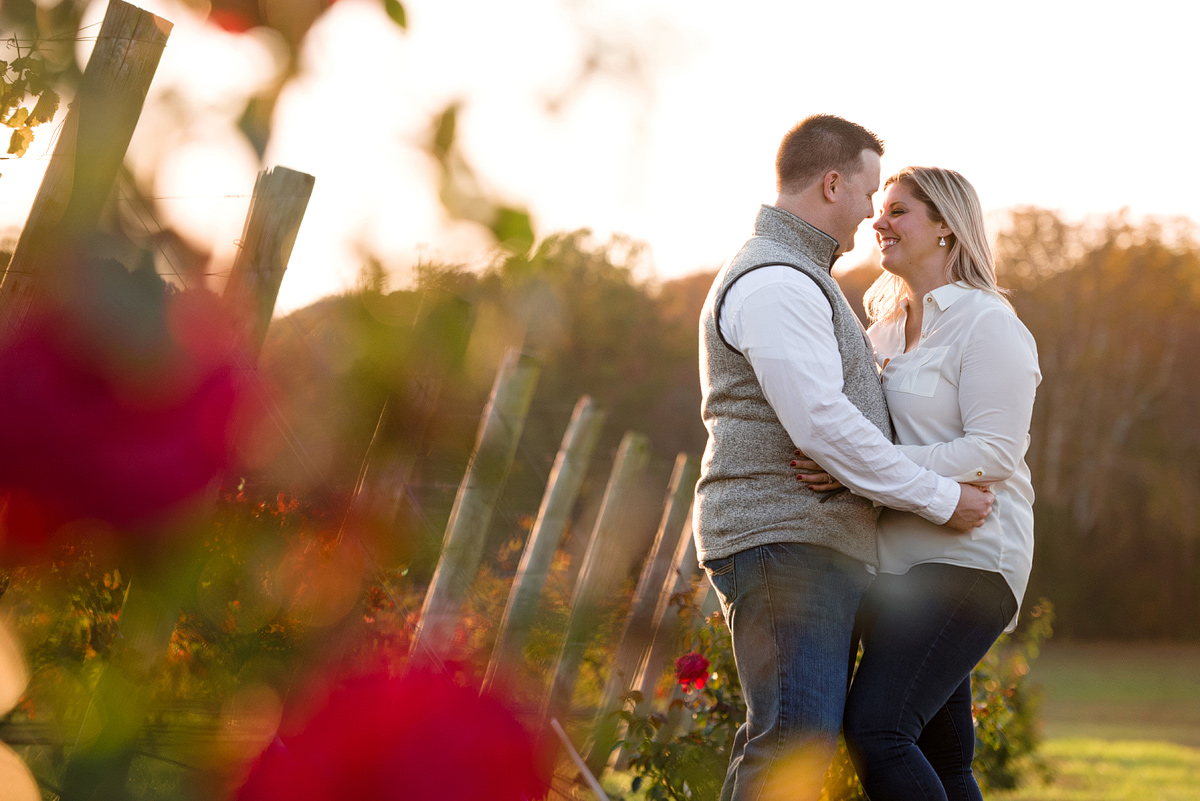 Like so many modern couples, Deb and Brett met online.  Both of them had recently gotten out of less-than-fantastic relationships, and were just trying to get themselves back out into the dating world.  They spent a month or two messaging back and forth before Brett asked Deb to meet up at Duckworth’s Sports Bar and Grill.  During that first date, they tossed all of their skeletons on the table and found out how much they had in common, and that they wanted many of the same things from life.  Most importantly, they felt an immediate ease with one another, and the conversation just flowed.

Deb says that she knew she loved Brett just a couple of months into their relationship.  Her car had broken down, and during the entire week it was in the shop, Brett drove her to and from work—both her home and work were well out of his way—and even brought flowers, wine, and cheese when he picked her up from work on that first day.  Brett quickly discovered that he was drawn to Deb’s openness and honesty.  He was particularly blown away by how willing she was to put herself out there on their first date and discuss some difficult topics.  Before long, he found himself falling in love with her genuine and honest nature.

As things between Deb and Brett got more serious and they realized they were probably in for the long haul, conversation turned (as conversation is wont to do) to two things: buying and house, and getting engaged.  Brett told Deb that, just to be reasonable, they should probably take those leaps one at a time.  Deb chose the house, and as far as she knew, that was that.  Little did she know, however, that Brett was still busy looking for a ring.

Fast forward to summer, and the two head up to Michigan to Brett’s family lake house.  Just before heading out for dinner and fireworks one night, the whole family was sitting outside on a porch.  Brett had purchased Love You to the Moon and Back, one of those little books full one cute and loving sayings.  He gave it to Deb and Deb handed it to Brett’s sister, Haleigh, to read aloud.  At the end of the book was a handwritten message from Brett asking Deb: “Will you marry me?”  When Haleigh read it, Brett dropped to one knee and produced a green ring pop, then asked if Deb would marry him.  Deb, a little confused, said, “Are you serious?”  Brett agreed that green was the wrong color and then pulled out the real ring, a princess cut diamond on a diamond and white gold twisted band.

For the shoot, we met up at Childress Vineyards in Lexington, NC.  I got there early and the proprietors gave me free range to look around; it didn’t take long to find a hundred beautiful spots to shoot.  When Deb and Brett arrived, the grabbed a few glasses and we headed to the cask room, then we finished off in the vineyard itself.  It was such an easy shoot.  Deb and Brett were charming and naturally affectionate, and I can’t wait to see what their wedding holds in store.  These two love their cheese, wine, and yummy cuisine, so I’m sure their guests will be in for quite the treat.