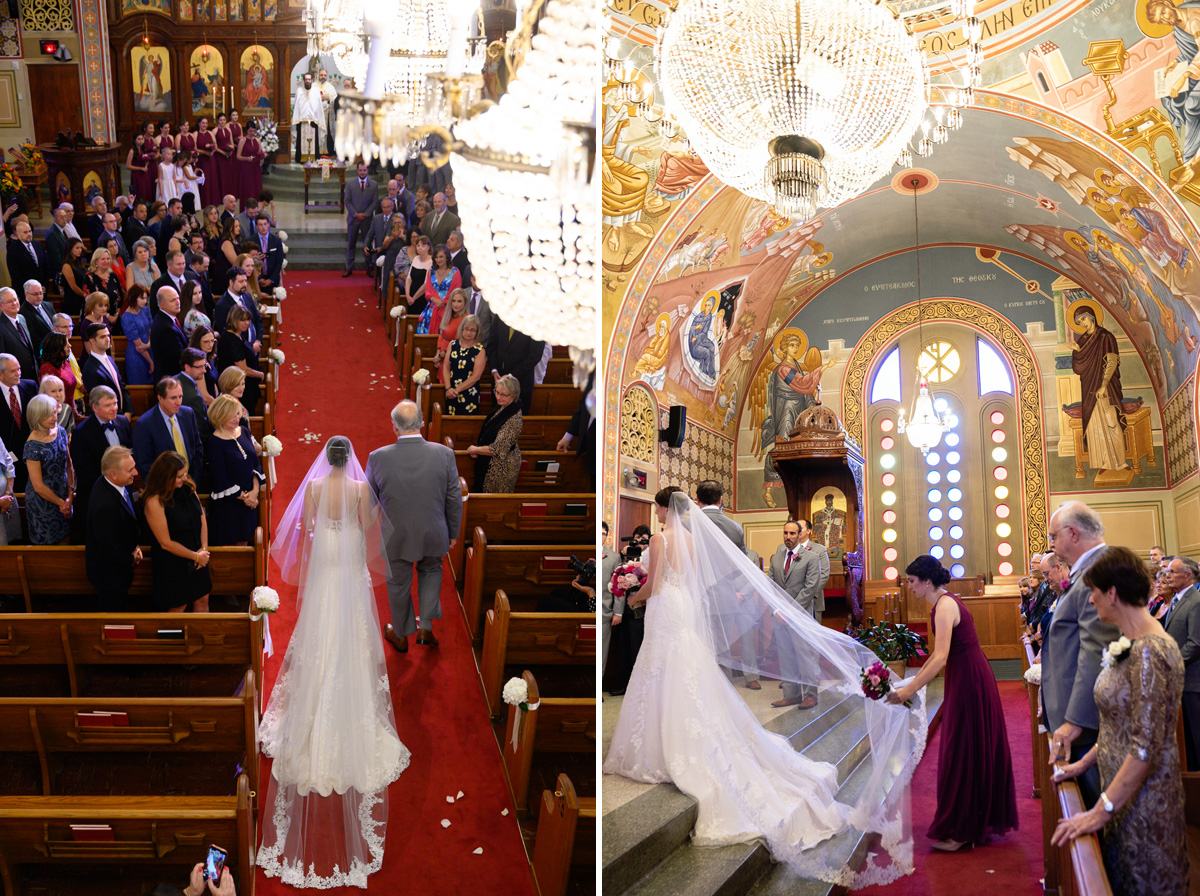 Alexis and John met at work in 2013.  They were both employed by the same company, just in different departments.  Still, they sat close together, so they’d certainly noticed one another. One day, a year or so later, Alexis and John both found themselves at a coworker’s pool for the afternoon.  They spent some time talking, and when it was time to leave the pool party, John asked Alexis to dinner. They recall that they went to Bad Daddy’s Burger Bar in Dilworth, and that there was A LOT of laughing during dinner.  What really matters besides that?

As they spent more time together, Alexis realized that John was a man she could see herself with.  He was incredibly easy to talk to, encouraged her in everything she did, and made her laugh and smile constantly.  For his part, John loved that he and Alexis connected instantly and that they could just be themselves while spending time with one another.  They just wanted to do the same things, and to do them together. He’d never known that feeling until he met Alexis.

In June of 2018, John, Alexis and her family (mom, dad, and sister) took a trip to New York City.  On a beautiful blue-skied Monday morning, the plan was to head down to Jane’s Carousel to take some pictures before the attraction opened.  For anyone who doesn’t know, Jane’s Carousel is on the East River, right next to the Brooklyn Bridge, and it overlooks the Manhattan skyline.  A pretty stunning backdrop, in other words. During a pause in the picture taking, Alexis’s sister said she’d love to take a picture of Alexis with the bridge in the background,  While Alexis had her head turned and was distracted, John took out the ring and fell to one knee. When Alexis’s sister tells her to turn back around, John tells Alexis he loves her and asks her to marry him.  Needless to say, there were plenty of pictures taken to memorialize the occasion.

As planning for the wedding moved along, there were some easy choices to make and some that required a little more thought.  The ceremony location was a given. Alexis is Greek Orthodox, so the Greek Orthodox church in town seemed like a pretty ideal spot for the wedding.  For the reception site, they chose Providence Country Club. They needed a space big enough to fit a pretty large guest list, and one where the head table would be visible from the entire room.  There also needed to be plenty of space for a pretty epic dance floor. When it came to choosing a photographer, I came up high in the search results. Alexis said that she connected with the bio on my site, and once they contacted me, things just fell together.

In all my years of capturing weddings, this was my first Greek wedding and it truly was so different and amazing.  One thing I had to adjust to pretty quickly was that I was front-and-center during a lot of the goings-on.  Normally, I try to be as unobtrusive as possible, to just disappear into the mix while I’m getting my shots, but not on this day.  During both the ceremony and the reception, I was encouraged to remain right in the middle of things. Considering that I tend to get a little teary-eyed at practically every wedding I photograph, working in view of the guests meant I couldn’t succumb to the emotional swell of the heartfelt ceremony. I had to swallow the lump in my throat more than a few times, and I may have dipped behind a bridesmaid to dab at a few tears with the cuff of my sleeve. I wouldn’t want Alexis to have to answer questions about why her photographer was crying at the altar.

I wasn’t able to hold back the tears all day, however. There were so many sweet family-oriented moments during Alexis and John’s celebration, but the one that will stay with me most vividly was watching Alexis’s sister–her absolute best friend–deliver the maid of honor toast.  Watching Nicole talk so lovingly about Alexis, I was touched not only by the sincerity of the relationship between these two women but also by the thought that one day my own two daughters might be recreating this very scene. Ever since I became a mother to my two girls, I’ve imagined the ways in which they would grow together, and the ways they might grow apart. Each day, I see my girls take part in a hundred little moments that could go any direction, and so often I wonder where all of this, all of these tiny and seemingly insignificant interactions, will take them. After the toasts, I pulled Alexis’s mother into the hallway to compliment her as a parent for raising these two amazing women, and for fostering the bond between them. Parenting is the work of a lifetime, and I can only imagine how divine it must be to see such a lovingly tended tree bear fruit.

I loved every minute of Alexis and John’s wedding day.  Give me all your Greek weddings, please.

Thank you to my second photographer, Ariel, for her lovely imagery and fantastic company.