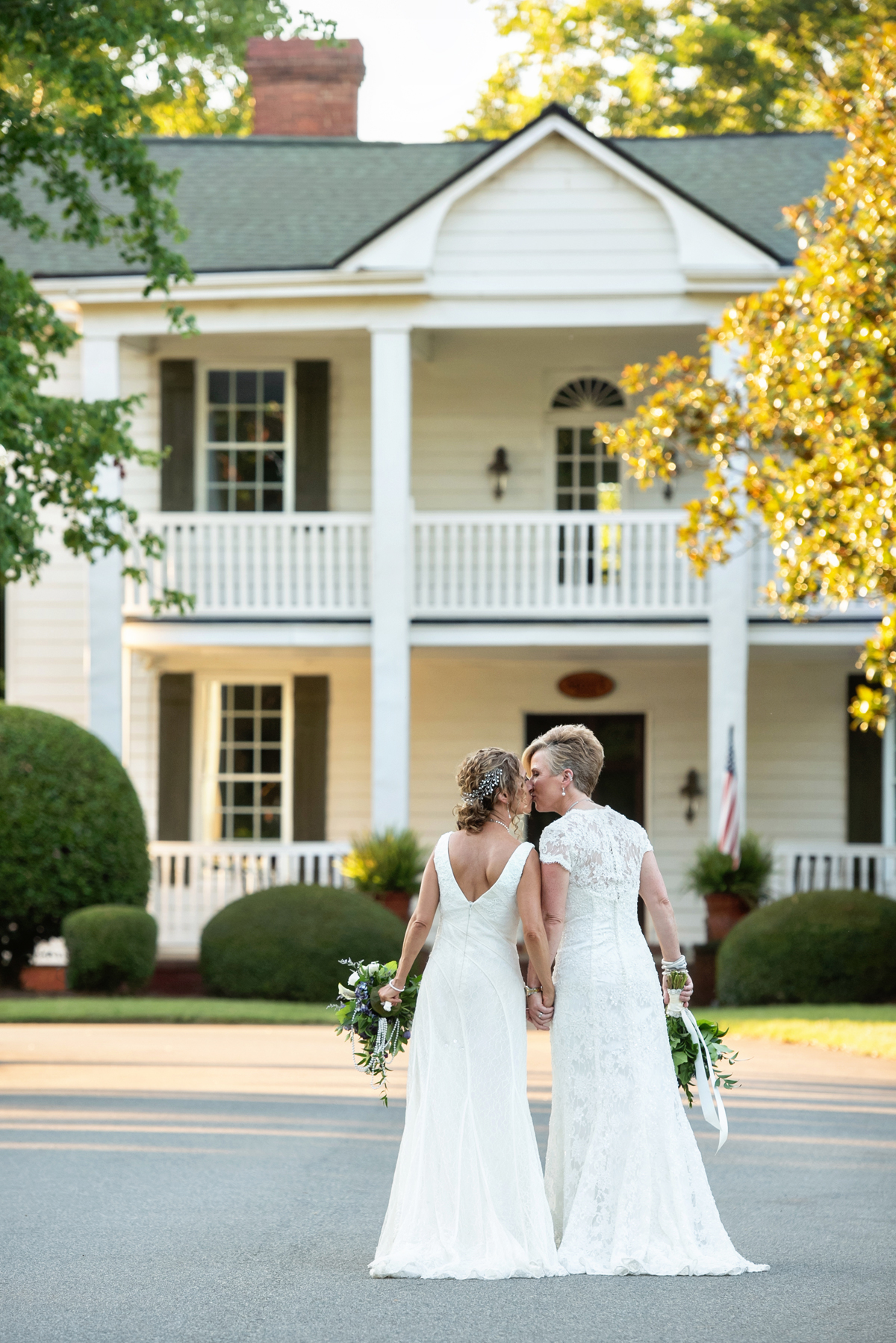 Mary and Melodee have been an inspiration to me since I met them, and over the past few months, as their wedding plans have changed, and then changed again, my respect and admiration for them has only grown.

Mary met Melodee on June 3rd of 2017 at the Charlotte Femme Fest.  For Mary, the meeting had been a stealth set-up.  For Melody…not so much.  She knew what was coming, and since the two of them had been thoroughly vetted for one another by their friends, odds were that they would get along at the very least.  And, of course, they did.  Two weeks later, they got together again, this time at a Celtic concert.  Not long later, they were hanging out at a lake together and making fish tacos.  In very short order, they simply had one another.

Melodee found herself captivated by Mary’s genuineness and beauty, and Mary fell hard for Melody’s presence, kindness, good looks, and gentle nature.  Having gotten to know them over these last couple of years, I can say that all of the above is true, and that Mary and Melody are the most perfect compliments to one another.  They just fit, and they know it; both Mary and Melodee say that they were simply meant to be together.  What a thing to be able to say.

Melodee originally contacted me to plan a portrait session to honor their first year together as a dating couple. We began on the grounds of Covenant Presbyterian Church and made our way over to Camp North End for a more casual finish.

Now…the fun part: the proposal story.  This was one of the most insane and wonderful events I have ever witnessed.  Well in advance of the proposal, Melodee got in touch to tell me she needed me to capture images of her popping the question to Mary with the aid of a flash mob comprised of friends and family, led by the uber-talented Ana Ogbueze and the outstanding dancers from NC Dance District. Absofreakinlutely. For weeks and weeks, arrangements were made and dances were practiced, all without Mary ever knowing a thing about it.  Finally, the day arrived.

It all worked perfectly.  Melodee invited Mary to a work cocktail party at the Bank of America Urban Garden.  Once Mary arrived, Melodee slipped away by pretending she had a work situation to deal with.  This is when Melodee changed clothes and got ready for her entrance during the middle of the flash mob.  After Melodee’s departure, the responsibility of getting Mary into position on the stairs fell on their mutual friend Shane.  Tune into the video below (captured by Alan Daly of Crown Alley Films) to see how things played out from there.  Pretty magical.

These two just tied the knot on Sunday in an outdoor ceremony at Langtree Plantation in Mooresville.  There was love everywhere, which isn’t surprising since Mary and Melodee have surrounded themselves with the best group of friends and family.  I am over the moon that I got to be a part of their journey.  I cannot possibly overstate the feeling of joy and fulfillment I get from having the opportunity to watch loving relationships grow and develop; that’s what I’ve had the honor of doing with Mary and Melodee.  I first met them while they were dating, photographed the extraordinary proposal, and then captured their lovely wedding day.  My respect and affection for these two ladies is gigantic, and can’t thank them enough for letting me be a part of their lives.

Another blog post detailing the nuptials will be coming soon…Congrats, ladies. All my love.