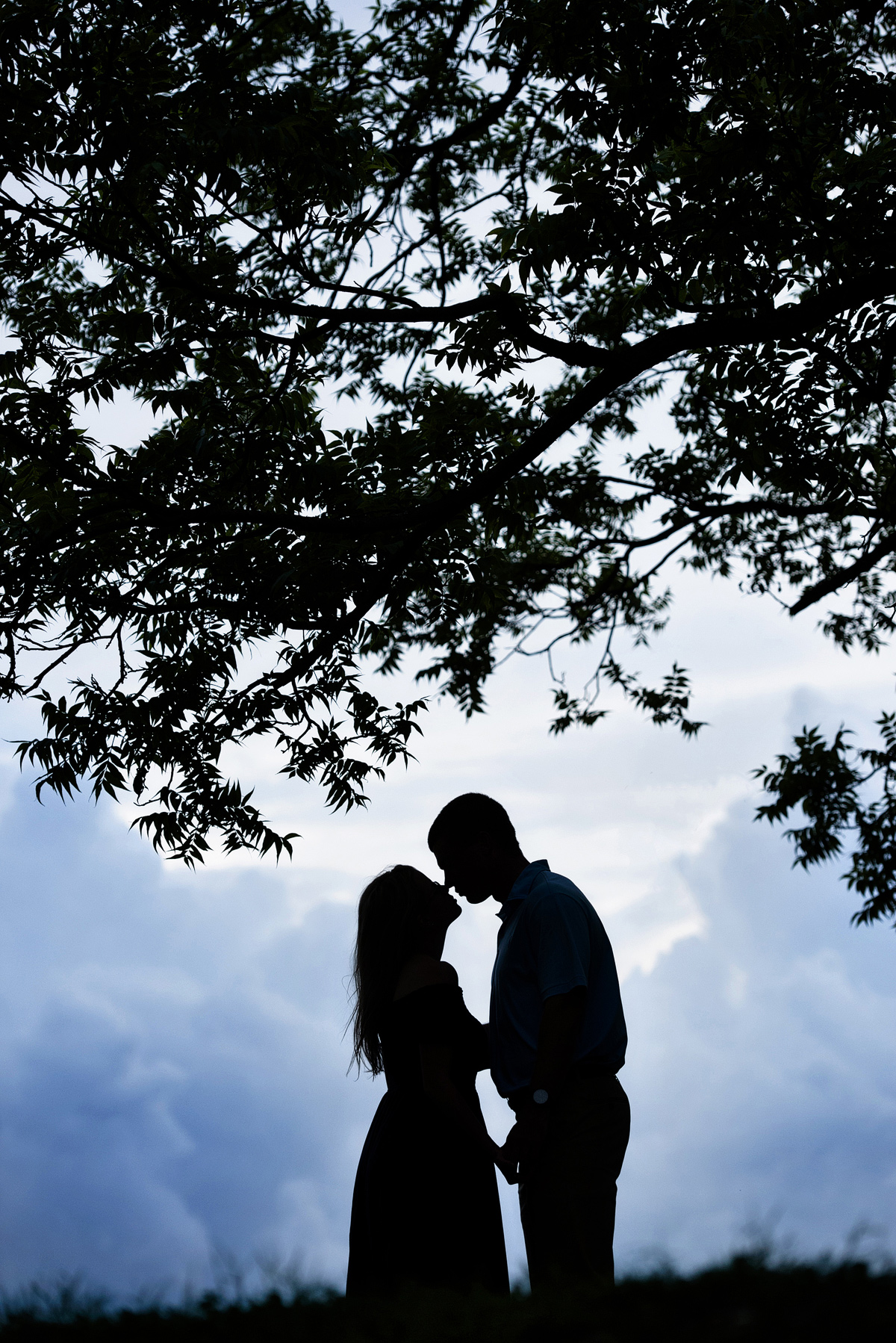 Samantha and William met in 2012, while both were students at Appalachian State University.  Samantha’s sister was also living locally, and her boyfriend just happened to be William’s roommate.  This put Samantha and William in pretty regular contact, but although there was an attraction from the get-go, it took William some time to act on the growing crush he’d secretly been fostering.  They’d been friends for over a year before William decided to take matters into his own hands.

Their first date was a fraternity Valentine’s Day function, and their second came just a week later at the Game Keeper for Valentine’s Day itself.  During their first outing together, Samantha wasn’t even totally sure she was on an actual date, but William quickly showed her that she was, revealing to her a sweetly romantic and gentlemanly side she’d never seen before.  After the second date, things quickly fell into place, and they’ve been together ever since.  As the days and weeks passed, Samantha found herself falling in love with William’s genuine kindness and humble nature; William was drawn powerfully to Samantha’s infectious smile, and to the aura around her that he could feel reeling him in.

When William made the decision to propose, he made sure that the occasion was contained within one of their favorite periodic rituals, a weekend getaway at his grandmother’s home on Dewees Island, SC, near Charleston.  Fortuitously, William’s grandfather and uncle had just put the finishing touches on a memory garden at the house, and William knew that’s where he wanted to propose.  Before the trip, William made sure he had all the pieces in place: he planned a delicious dinner, lined up two photographers (one of whom would be using a drone), and made sure he had Samantha’s favorite champagne on hand.  Everything was set for William to propose at sunset over drinks in the memory garden.

So they got up that day, and William told Samantha the agenda for the day.  This immediately tipped her off, since agenda-driven days aren’t really William’s thing.  In the late afternoon, they went for a dip in the ocean, and that’s when William heard Samantha cry out in pain.  She came hobbling out of the surf with a foot bloodied by some stinging sea creature.  The pain was bad enough that William asked if she wanted to go to the ER, but Samantha refused, understanding that she’d probably miss her own proposal if she sought medical attention.  So she got dressed with William’s help and the two went for their drink at the memory garden.  The rest is history.

The ring William used to prose, he designed himself.  After coming up with a couple of concepts, he asked Samantha’s mom to weigh in on which one she thought Samantha would like best, and then he made his choice.

For our engagement shoot, we met up at the Dairy Barn in Fort Mill.  We spent most of our time in the field trail area.  William and Samantha were loving and adorable the whole time, and I have to say that one of my favorite photos ever—the Westley and Buttercup shot—came from this session.  Thanks for making that happen, you two. 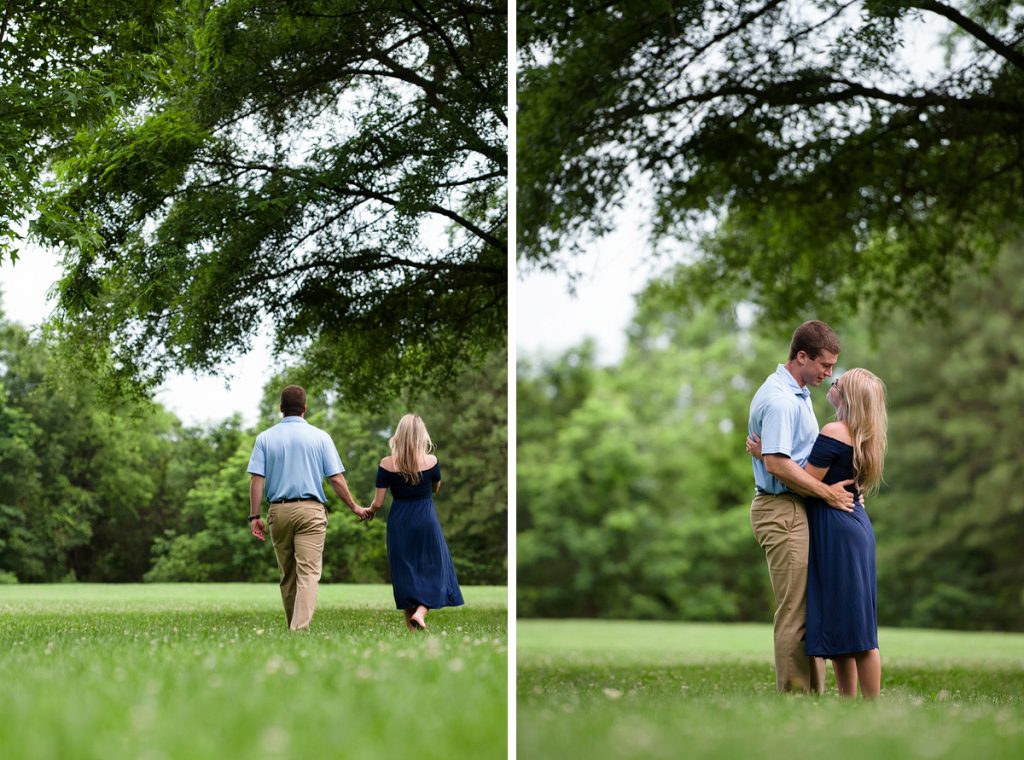 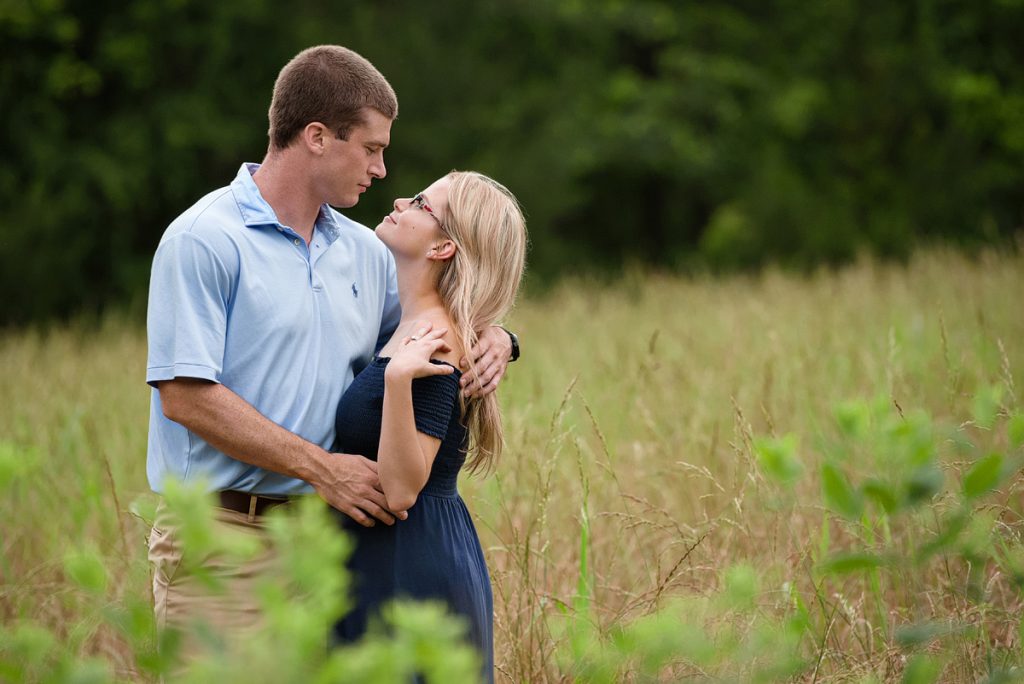 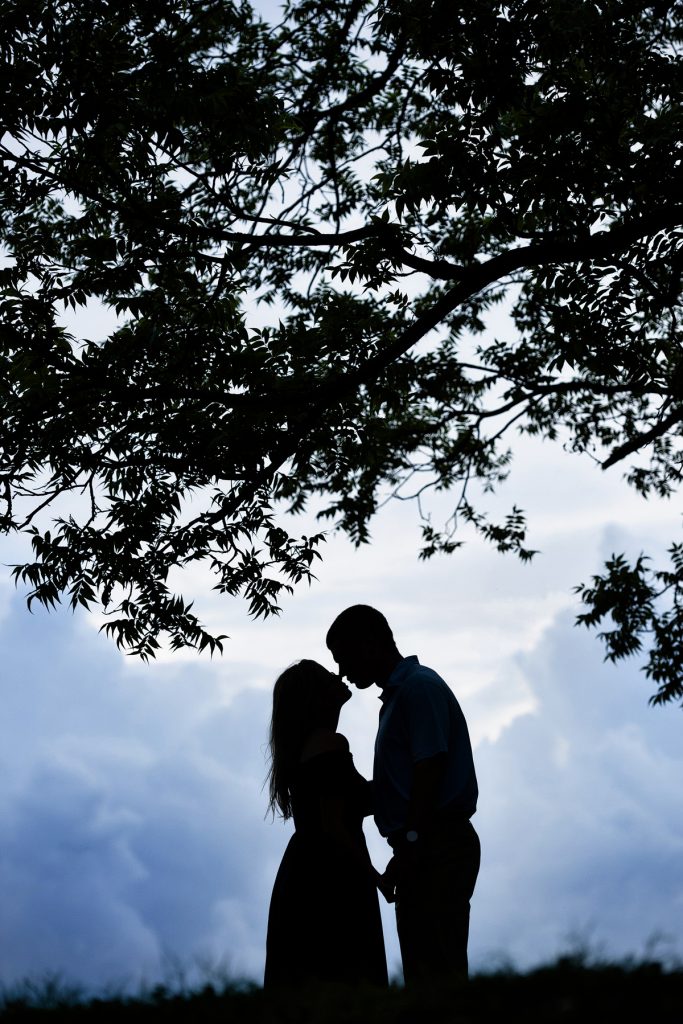