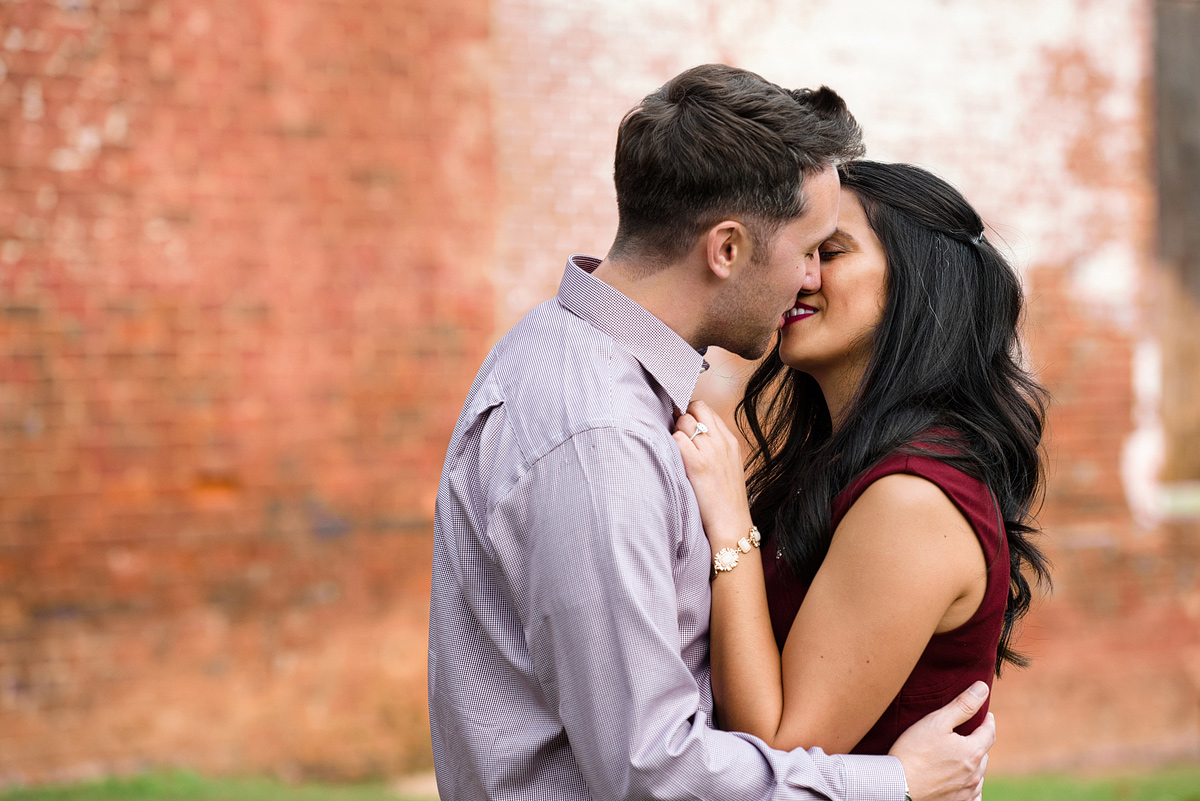 Kevin and Tiffany don’t really remember when they first met.  They’d both been working for the same company for quite some time, so it’s all but assured that they had met at a training or team event of some kind, but both Kevin and Tiffany had significant others and never saw one another as anything but coworkers and casual friends.  It wasn’t until four or so years later, during a work event in Arizona, that Kevin and Tiffany, both recently single, started talking and realized that there might be something more than a just-friends energy between them.

Kevin was the one who asked Tiffany out, but she definitely let him know it would be okay to do so.  Their first date was at a Sushi joint near her hometown in Ohio, and now, two years later, they’re still looking for great places to eat and cooking their own cuisine.  When they aren’t looking for great food, they’re in search of good beer, cruising the local brewery scene—which makes good sense, since Kevin now works in sales at the Unknown Brewing Company.  Tiffany still works for the same events company she did when she and Kevin first met, but now from North Carolina.

Kevin got in touch with me a little over a month before the date he planned to pop the question, so he and I had some time to scheme.  The first time we met, it was at Resident Culture.  Seemed fitting considering his line of work and I had been wanting to try out the newest neighborhood brewery. I liked him immediately, and we talked for about an hour about ideas for the proposal.  Because Kevin hadn’t been in Charlotte for long, I made a lot of suggestions, and we settled on First Ward Park, which would afford a beautiful skyline background for the portraits.  We met once more the week of the proposal, this time at the park itself.  We agreed on a spot, found some bushes for me to hide in (classy, I know), and then it was game on.

One of the things I really love about the proposal shots is how true-to-life they are.  Nothing happens just as you plan it, especially when you’re all amped up about proposing to your girlfriend.  When Kevin and Tiffany arrived at the park that day, Kevin was going to escort her about three quarters of the way across the open grassy area.  I’d spoken to most of the people in the park, kids included, about what to expect, but when Kevin showed up, he dropped to his knee a tad early—right in the middle of a football game.  Pretty funny and pretty cute. The boys broke out in congratulatory applause after Tiffany said “YES!”

I have no doubt that these two will have so much to celebrate in 2018. Wishing them the happiest New Year!