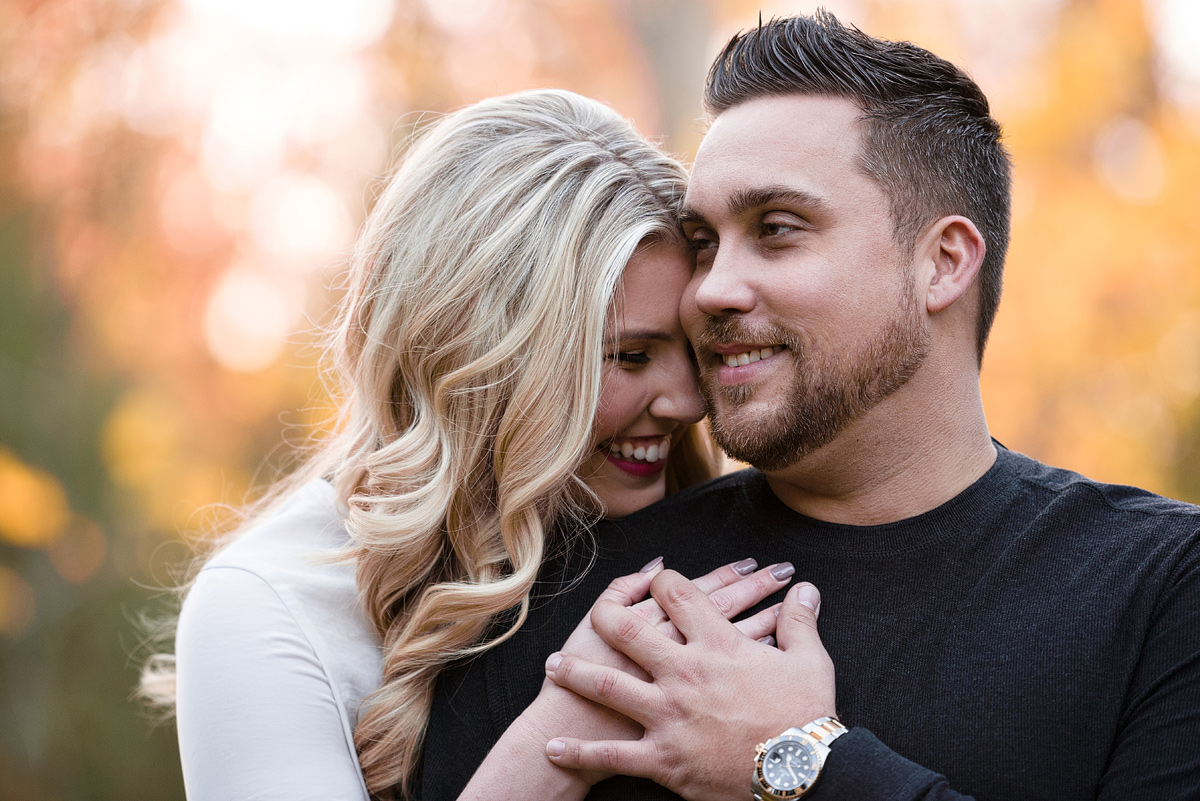 Caroline met Michael when she started her job at Fleetmatics, where Michael was already employed.  At a company function, the two had a drink together and exchanged numbers; a couple of weeks later, Caroline walked into Michael’s office and announced: “I’m going out for a drink after work, with or without you!”  Michael’s answer was “with,” of course, and they’ve been together ever since.  Leading up to their first date, Michael just remembers telling everyone how impressed he was with Caroline, and it didn’t take long for him to realize that he was falling for this girl, who was as beautiful on the inside as on the outside.  Fortunately, she felt the same way, and these two sweet people quickly fell in love.

When Caroline and Michael were trying to figure out how to celebrate their birthdays last year, the idea of an out-of-country trip popped up, and they went with it.  They chose Jamaica, because they love a good tropical clime, and Michael decided to set up a “pop-the-question” package with the resort at which they’d be staying.  After dinner one night, they went for a walk on the beach, and written in the sand beside a little hut were the words, “Will you marry me, Caroline?”  The ring Michael proposed with has a center stone of just over three carats, another carat in a halo around the stone, and then one more carat down the sides of the ring.  A stunner.

When it came time to find a local photographer to capture the engagement portraits for their destination wedding in Nashville, Caroline and Michael made their choice and headed off to their first engagement shoot.  You’ll notice I said “first,” which was not a typo…  Their initial photographer sounds like…an interesting sort.  He started off the session by insisting on a drink in the studio, and then he dragged Michael and Caroline (who had gotten her hair and make-up done for the occasion) around the woods forever in their fancy clothes.  As he ferried them to a new location, he cracked a beer for himself in the car and drove like a maniac.  For the last series of images, he had Caroline and Michael climb into a fountain and then took photos while his assistant splashed water on them.  All in all, a pretty horrific experience.

When Caroline contacted me in the hopes of scheduling a second engagement mini session with me, I was hesitant. I don’t typically offer mini sessions. However, after hearing what they endured with the first photographer, I was delighted to have the opportunity to give them a better, and much more relaxing, experience.

We met up at the UNCC Botanical Gardens, one of my favorite places to shoot.  Caroline and Michael were incredibly tender and loving with one another, and I could see immediately how happy they are as a couple.  The way they spoke to one another, touched one another, and looked at one another said everything.  I think it all comes through in the images. Everything just fell into place so naturally as we made our way through the gardens.

Today, Caroline and Michael will tie the knot in Nashville, TN.  Although I won’t be capturing their big day, this won’t be the last you see of this adorable pair. We have plans to reunite for a family session in the fall with Michael’s two sons and the family puppy in tow. I look forward to meeting the two little guys that mean the entire world to Caroline and Michael and capturing the love they share as a family.

Hair & Make Up: Lovely by Lindsey