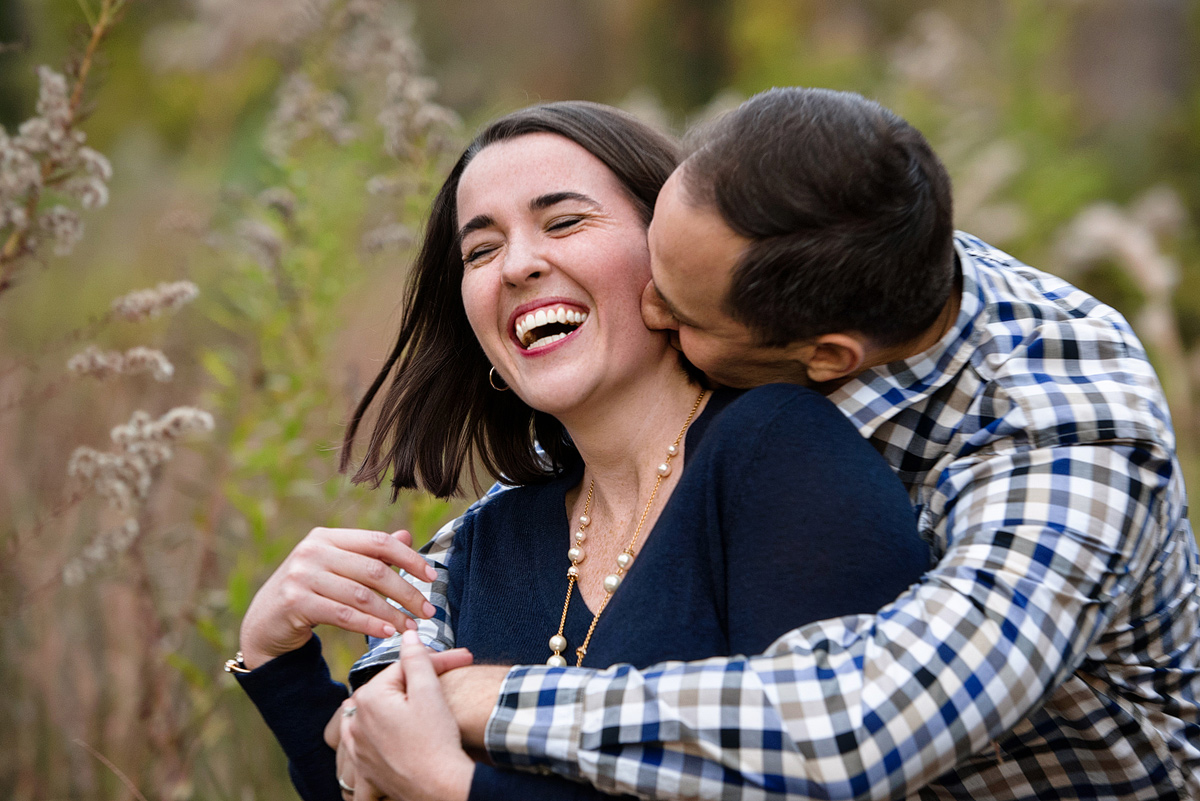 Evan and Rebecca met in their hometown of Cincinnati, Ohio when he was taking classes at a local community college and she was finishing up high school.  But they were both working at the same pizza joint, and as it has since time out of mind, the pie worked its magic, and here we are.  It was Evan who made the first move.  The two had been flirting a little since Evan began work, but when he asked her to lunch in a cool part of town, things kicked up a notch.  Especially cute is the fact that he had to meet Rebecca’s parents since she was still in high school, and that he’d made a special country mix for the trip into town.  There’s a song from that mix that still takes them back whenever they hear it.  Their second date was just a couple of days later.

Rebecca fell in love with Evan’s brutal honesty, his ability to make her laugh, no matter the circumstances, his kind heart, and his constant support, no matter the cost to him.  Evan found himself falling in love with Rebecca’s sweetness, quirkiness, and compassion.  She was just fun to be with.

Not too long into their relationship, Evan ended up moving out to Las Vegas to be near his mother, who had relocated out there.  After a stretch of doing the long distance thing, Rebecca took a summer semester in Vegas and loved her experience so much that she ended up transferring to finish up school.  Evan was also back in school, and since their schedules were so busy, the two started carving out dedicated time with each other to celebrate the end of every semester.  At the end of the summer semester of 2010, Evan had scheduled a nice dinner at the casino where he had started working.  On their way, he handed her a card (not unusual for these celebrations) but told her to wait until dinner to open it.  On their way up to the restaurant, Evan excused himself to go to the bathroom, so Rebecca took a seat to wait.  A moment later, she got a text from Evan instructing her to open the card.  It contained a loving message, and some instructions: head to the VIP area, get into the limo waiting for you, and then use the room key to the Bellagio that I’ve included.  Rebecca did all of that, and when she opened the door, she found Evan on bended knee with roses on the floor leading up to him.  He proposed, and of course she said yes.

Rebecca and Evan got married on June 24th of 2011 at The Bell Event Center in Cincinnati.  There was dancing, great music, and fun, and they got to spend a ton of time with their family and friends in attendance.  Nowadays, Rebecca is a family medicine resident physician at Carolina’s Medical Center, and she falls more in love with the job each and every day.  She’s currently in her second year of residency and will finish her training in June of 2019.  Evan recently made a career change and has moved into a role as a staffing manager, not his dream job, but one whose challenges he enjoys.

When they aren’t working, their favorite things to do are taking walks to Central Coffee in Plaza Midwood, finding great new places to get brunch or breakfast, talking about life and dreams, or just snuggling up on the sofa to watch something funny on the tube.  They have a labradoodle named Xavier who is, essentially, their child, and get out with him as much as they can.

I had a such great time with these two, and wish them all the happiness in the world.