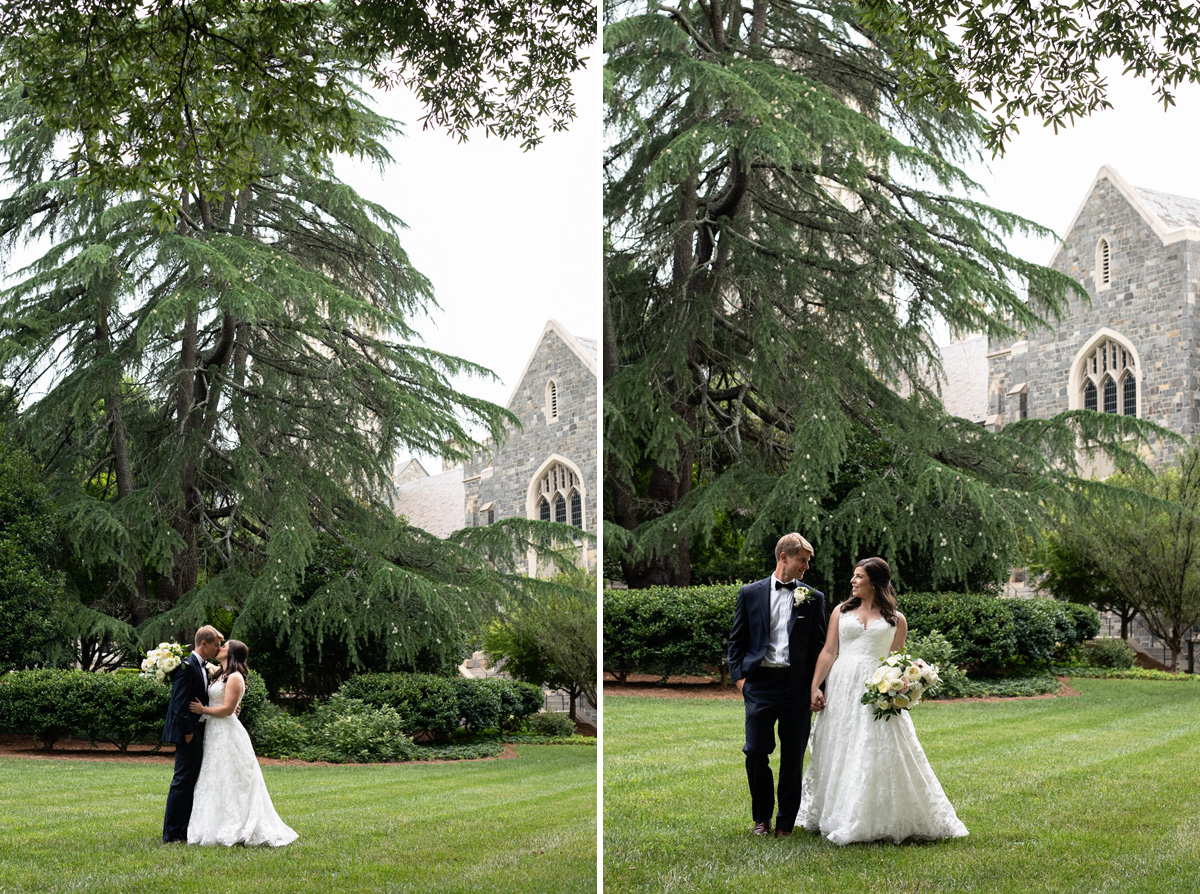 Mary Anne, a special education teacher, and Ethan, a budget analyst for the city of Charlotte, met each other at Matthews United Methodist youth group while volunteering with a group of middle and high school students.  Ethan knew he was interested right away, and Mary Anne quickly moved from being curious about this new man in her life to the realization that there was something here she wanted to explore.  After a proposal in 1st Ward park with a ring featuring a stone once worn by Mary Anne’s grandmother and great-grandmother, the wedding planning got underway.

Since it was the church in which she had attended preschool and been baptized, Mary Anne and Ethan decided on Myers Park Presbyterian Church for their ceremony.  I also happen to adore that venue, so I was pleased to hear the news.  The reception took place at Byron’s South End, where the newly renovated interior features high ceilings, exposed brick walls, and fantastic light for photography, so I couldn’t have been more pleased.

Before the big day even got started, there was an adjustment.  Theresa, the maid-of-honor and one of Mary Anne’s very best friends, couldn’t attend because she was pregnant and too close to full term to travel.  One of the sweetest things about the day was that Theresa was constantly keeping up with things on Facetime.  Mary Anne chatted with her while she was having her hair done and at numerous other points during the day.  It was very much like she was there.  At one point during the live stream of the wedding, Theresa sent Mary Anne a photo of herself, at home in her living room, watching the ceremony in her bridesmaid’s dress. So sweet!

The groom and groomsmen got ready at The Catalyst, a newer structure overlooking Romare-Bearden Park.   You might notice that I have chosen to include more photos than I normally would of the boys getting ready, but it was absolutely adorable watching them study videos of how to properly fold a pocket square, or how to pin a boutonniere.  The guys had their pre-ceremony shots taken in the park before heading to the church.

For her part, Mary Anne waited to get into her dress until she reached the church, and then she and her bridesmaids were photographed there.  Mary Anne and Ethan also had their First Look in the same walkway where they would exit from the sanctuary as husband and wife.  I loved the circularity of that.  A really cute moment here, too. When Mary Anne caught sight of Ethan, she remarked almost immediately on how much she liked his haircut.  For some time, cutting his hair had been her province, but he’d gone in for a special do for the big day.  During the ceremony itself, one of the sweetest moments was when Ethan’s grandmother presented Ethan with the ring his grandfather had once worn up until he passed.  She had it around her neck on a chain, but at that moment, it became the symbol of Ethan’s union to his soon-to-be wife.

After the ceremony, everyone made their way over to Byron’s South End.  If you haven’t seen Byron’s since its remodel, make it a point.  It’s a photographer’s dream.  Light toned wood against beautiful brick.  Bright, but not overwhelming light.  I hadn’t been there in some time, and I was knocked out.  There were gorgeous flowers by Ashley of Bookout Blooms.  I hadn’t seen her work before, and the flowers were truly stunning.  The band was The Diamond River Band, out of Asheville.  They killed it.  The lead singer’s voice reminded me so much of Joe Cocker.  When it came time for the last dance, the band broke into an acoustic version of Hallelujah.  it gave me goosebumps.

All in all, a perfect day for these two lovely souls.  For their honeymoon, they jetted off to Bar Harbor, Maine, where they whiled away their time eating lobster, riding horses, exploring Acadia National Park, and just generally relaxing.

Thank you to my second photographer, Laura, for her lovely images!

You can swoon over images from Mary Anne and Ethan’s engagement session in 1st Ward Park here.