Anne and Andrew met at a Christmas party.  He hit on her, she gave him her number, and not too long afterward, Anne was saying “Yes!” when Andrew asked her to marry him—in front of a big MARRY ME sign spelled out in lights on the back fence.  Everything these guys do feels so natural and genuine and intimate.  Even their story makes you just want to giggle.  Needless to say, I was thrilled to spend their wedding day with them.

The wedding itself took place at Saint Gabriel Catholic Church.  I have had the pleasure of working here on several occasions. I love this site for its beauty and versatility.  After the ceremony, which featured a full mass, a gospel choir—only Anne and Andrew knew about it—made its way down the aisle and escorted the bride and groom out to “Oh Happy Day.”  As the congregation filed out of the church, the choir moved on to “Your Love Keeps Lifting Me Higher,” by Jackie Wilson.  I was crying like a baby at this point, and people were dancing out the doors of the sanctuary.  Can’t ask for more than that from an exit.

After the ceremony, I led the wedding party to Marshall Park in Uptown Charlotte for some post-ceremony portraits.  It was fantastic to have a variety of settings for the formals, and I adore the way they turned out.  In particular, I was thrilled when Andrew busted out his vintage Reebok pumps (as he had promised he would) for some of the shots. And I love the images of the entire wedding party on the steps that lead up to the neighboring courthouse, complete with a photobomb from the groom’s sister-in-law. I later learned that this was payback for the groom’s similar behavior on her big day. It was perfect!

When we finished up at the park, we all trucked on over to the Palmer Building, another of my favorite venues in Charlotte.  Anne and Andrew, both Catholics, loved the building’s connection to firefighters, so they were sold on the venue.  Man, did they make it their own with about a million personal touches.  From the table numbers and framed family photos to the lanterns and reclaimed light fixtures, Anne and Andrew brought all of who they are into the decorating.  Anne described their décor at the wedding as kind of a bohemian romantic look with a mid-century modern twist—I loved every bit of it, and I think she’s dead on.  The arrangements from The Flower Diva were lush and organic. I thought the picture frames were a particularly sweet touch—each frame contained a wedding photo of an admired couple from one of their families.  Pretty cute.  And the nostalgic vibe went along perfectly with the song to which Anne and Andrew danced their first dance: Orange Colored Sky, by Nat King Cole.

The food—which was absolutely delicious, especially the cobbler bar—was created by Best Impressions Catering, and the music was provided by the always fantastic Spintastic Sounds.  All in all, it was a truly individualized event, one full of the kinds of personal touches and genuine feeling that make a wedding impossible to forget.  After the wedding, Anne and Andrew headed off to Asheville for a couple of days, and they have plans to continue their honeymoon a few months from now in Barbados.

Hair and Makeup: The LaLa Girl

Thank you to my second photographer, Emily, for her beautiful images! 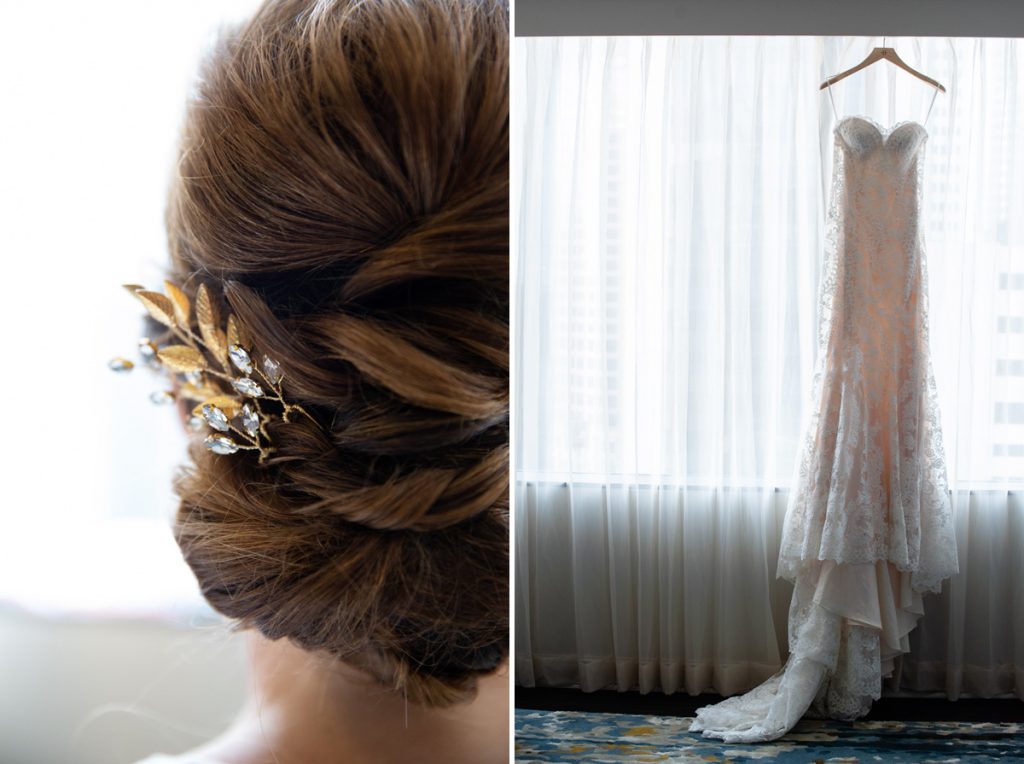 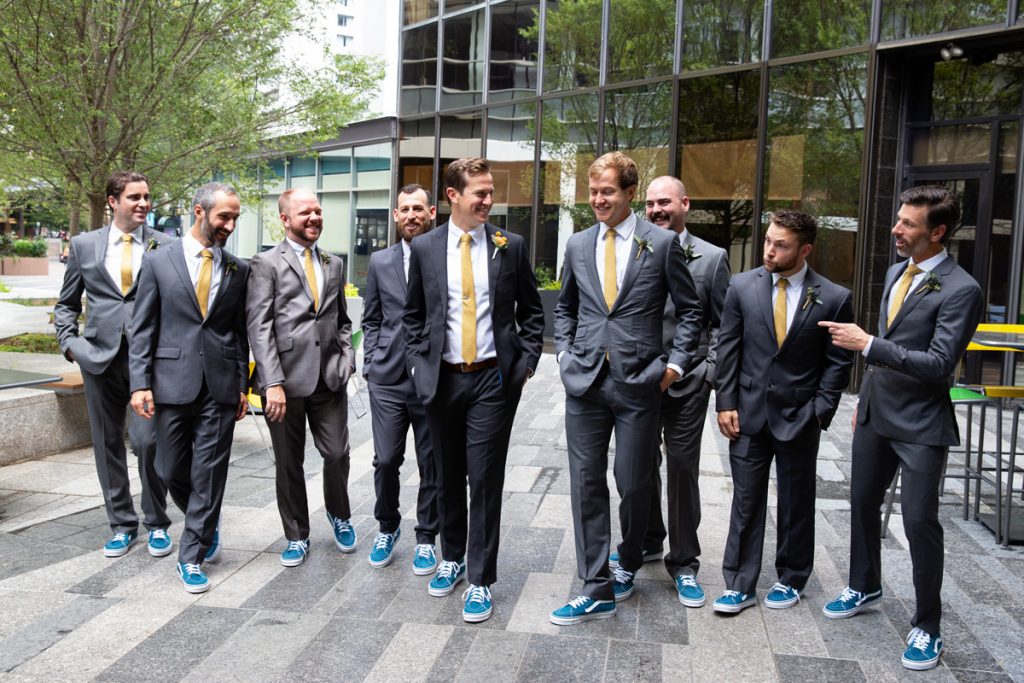 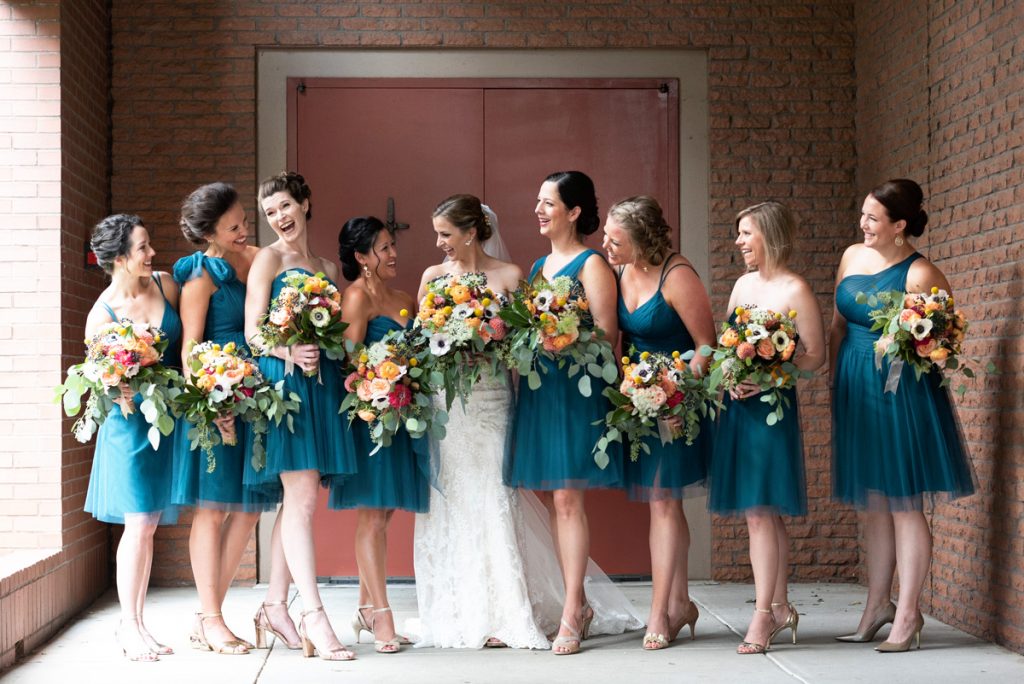 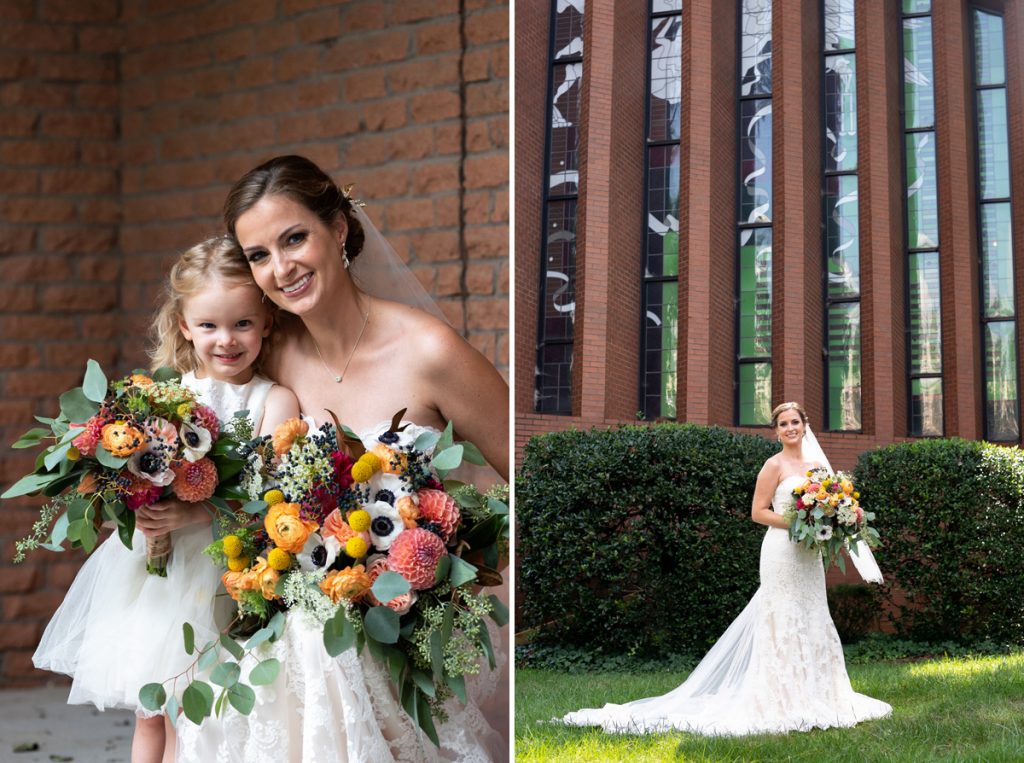 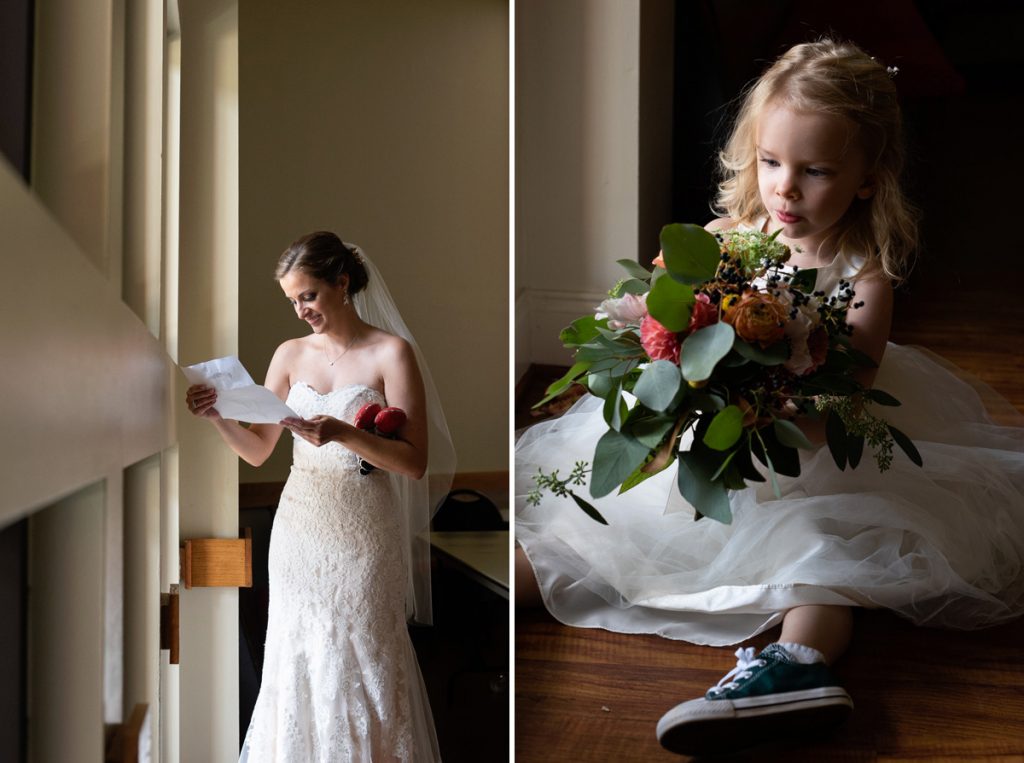 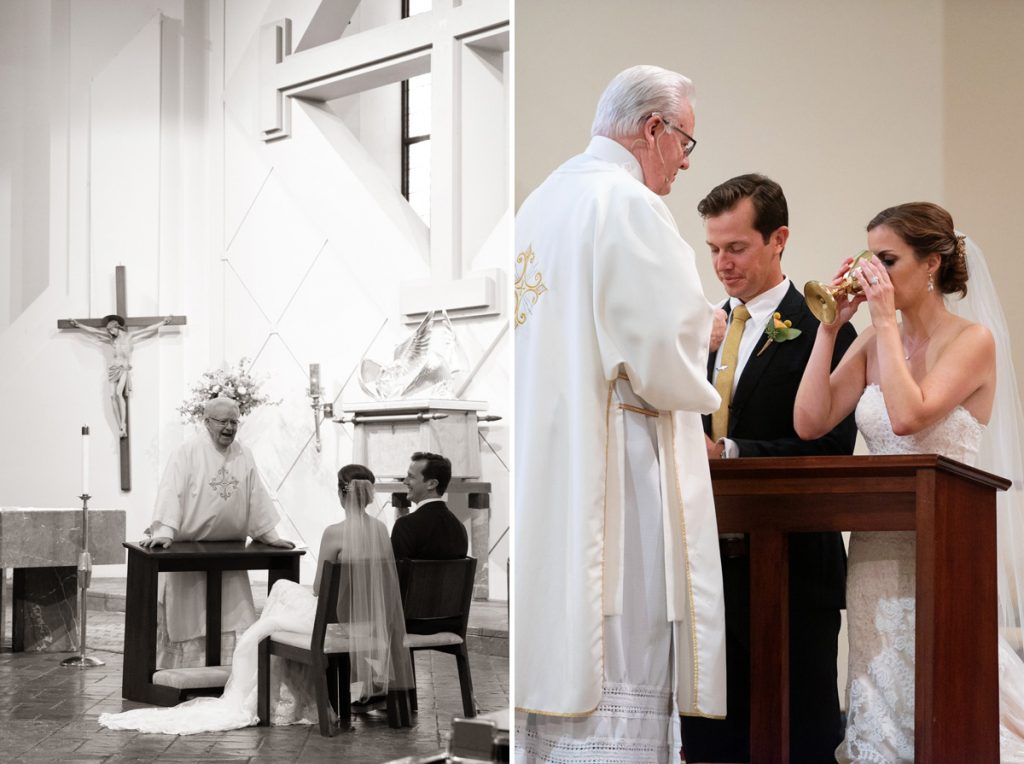 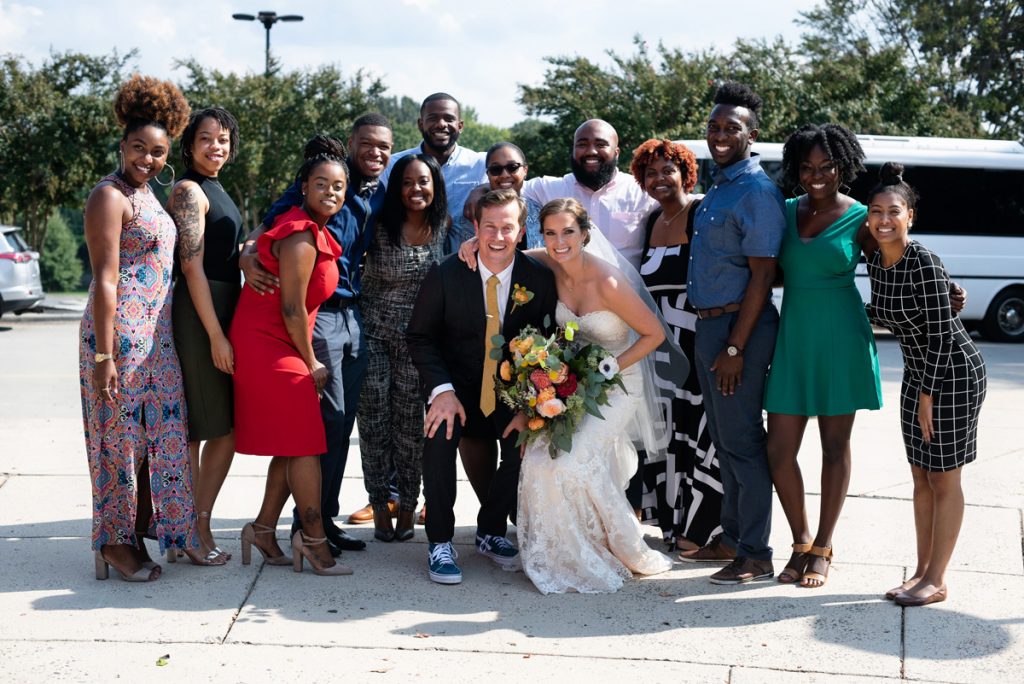 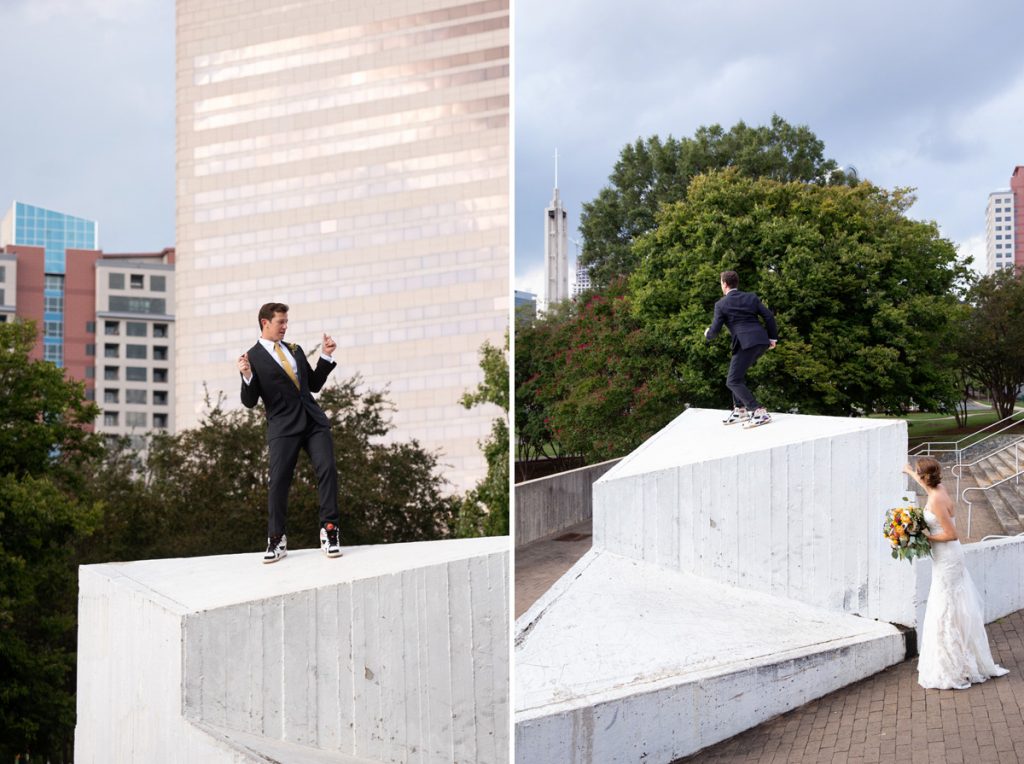 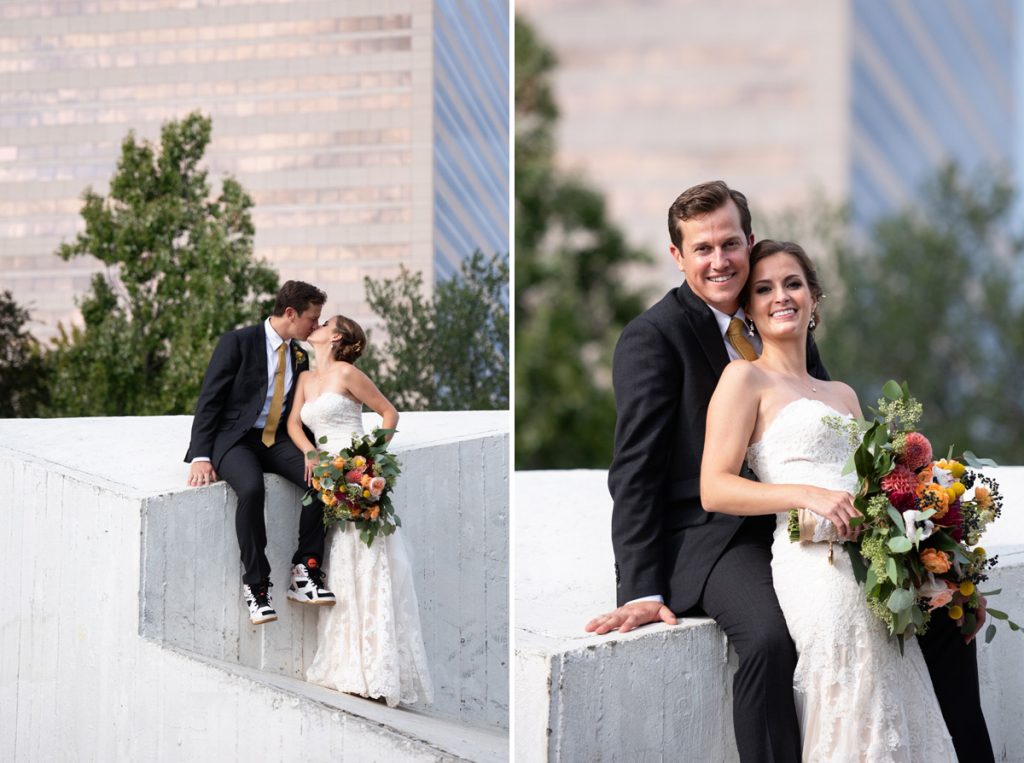 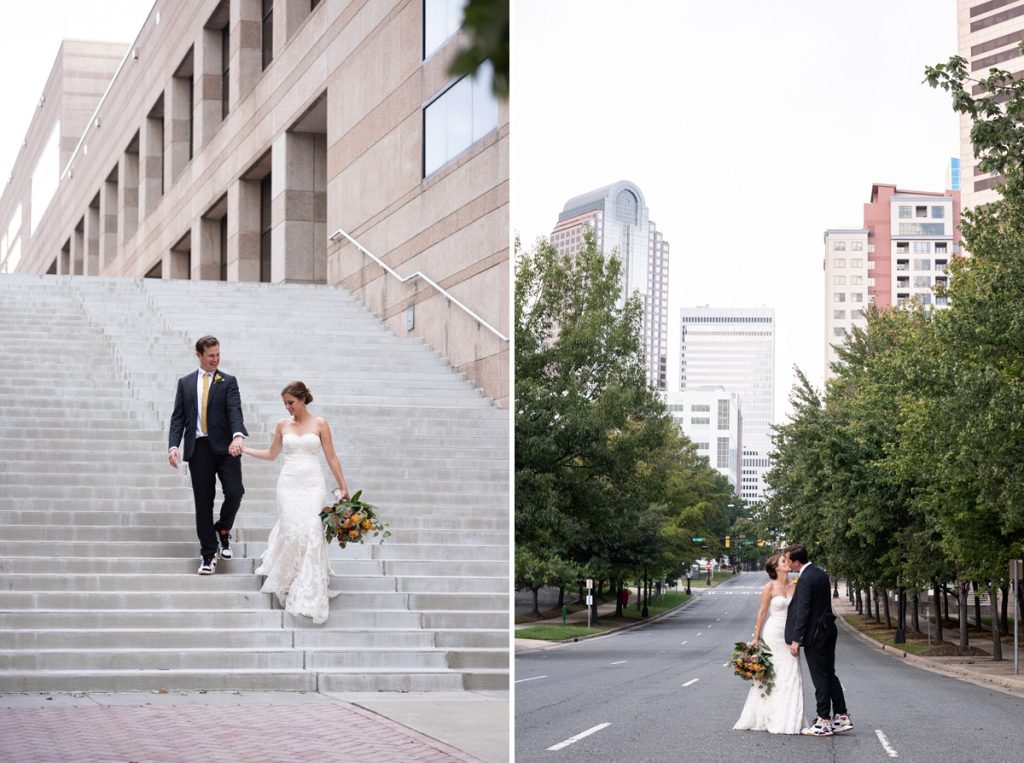 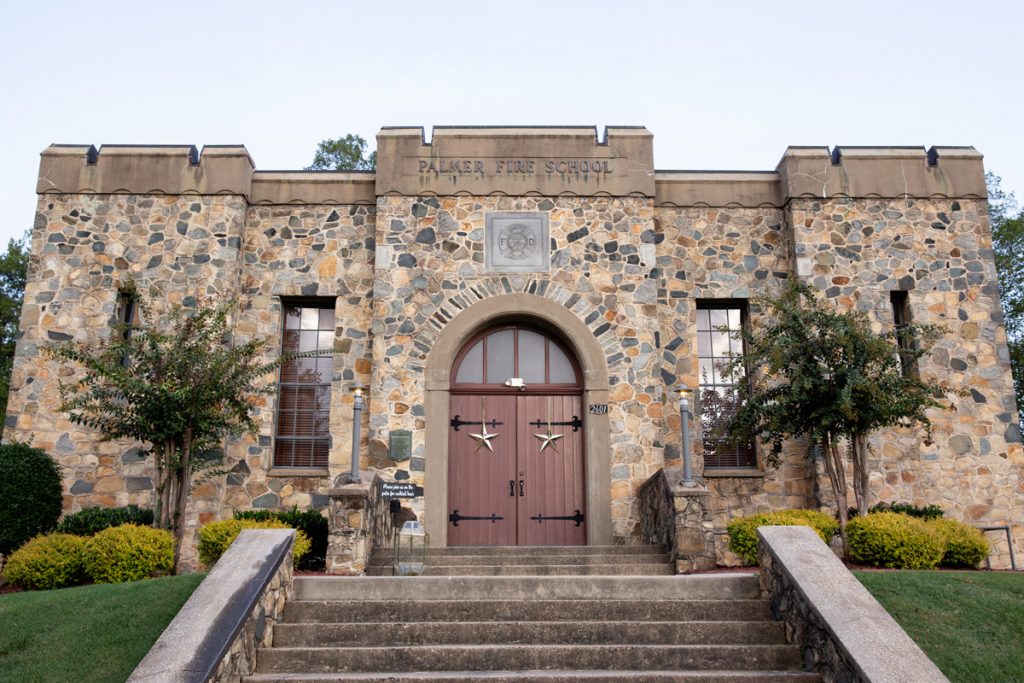 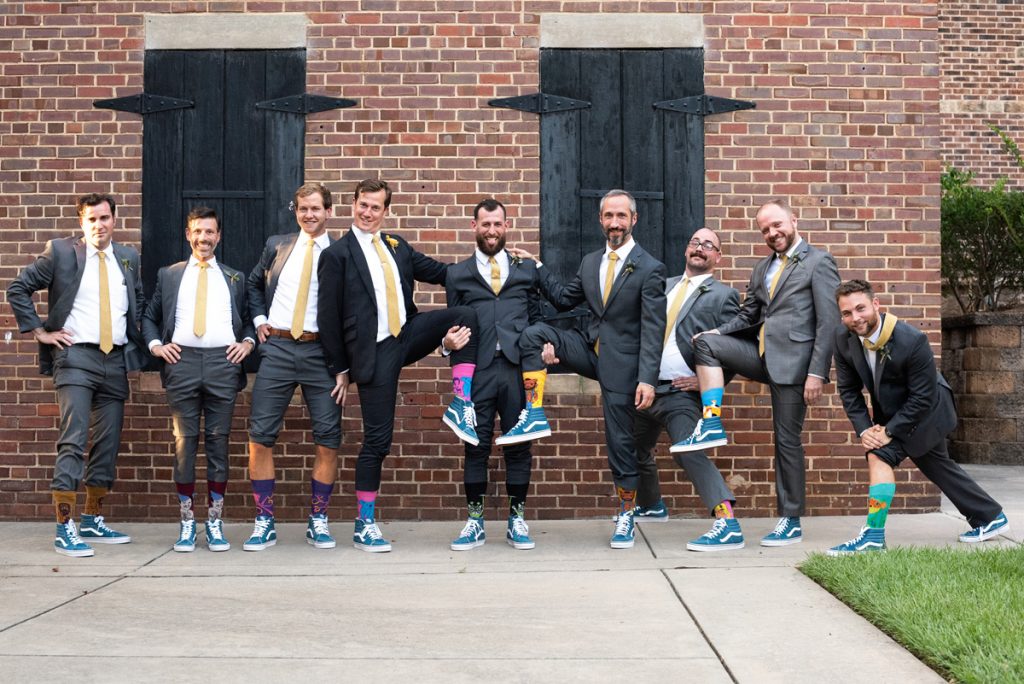 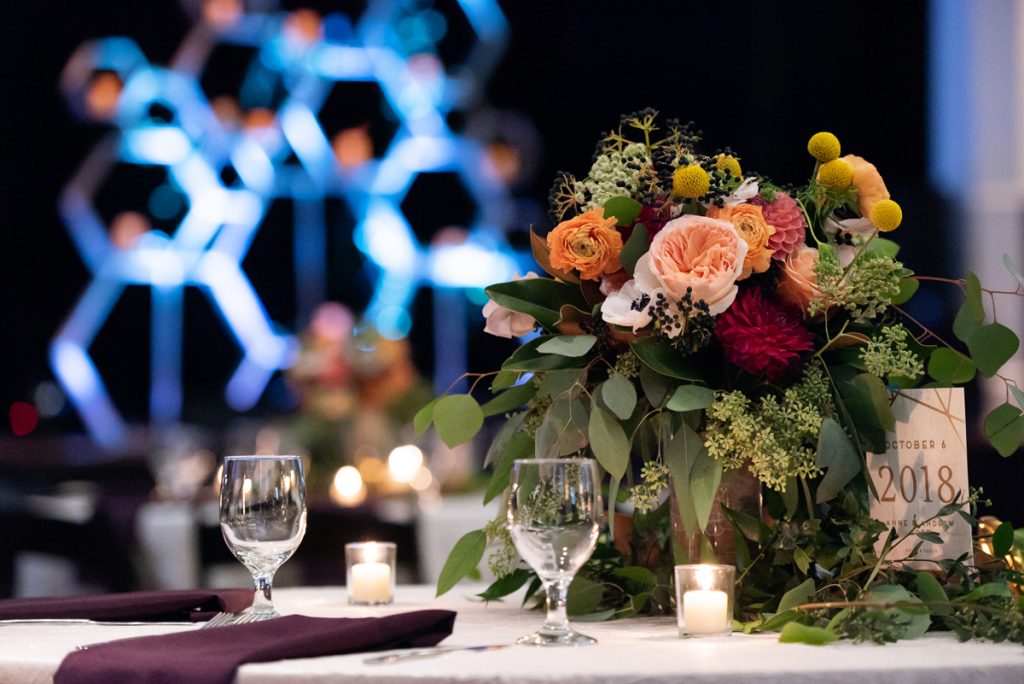 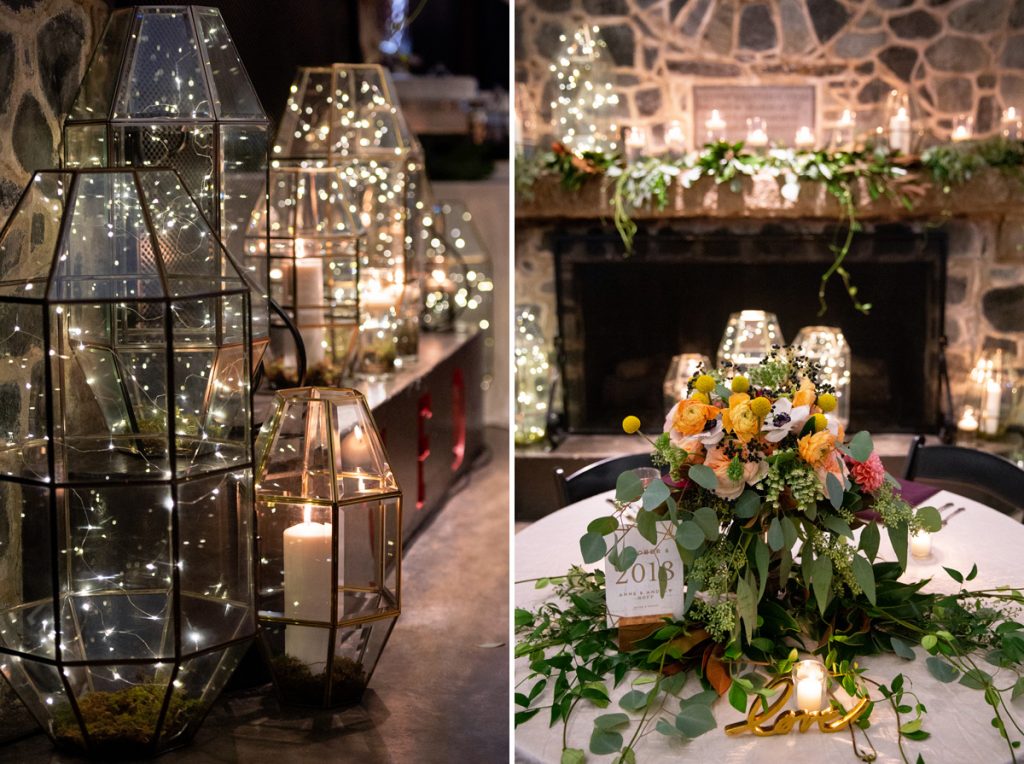 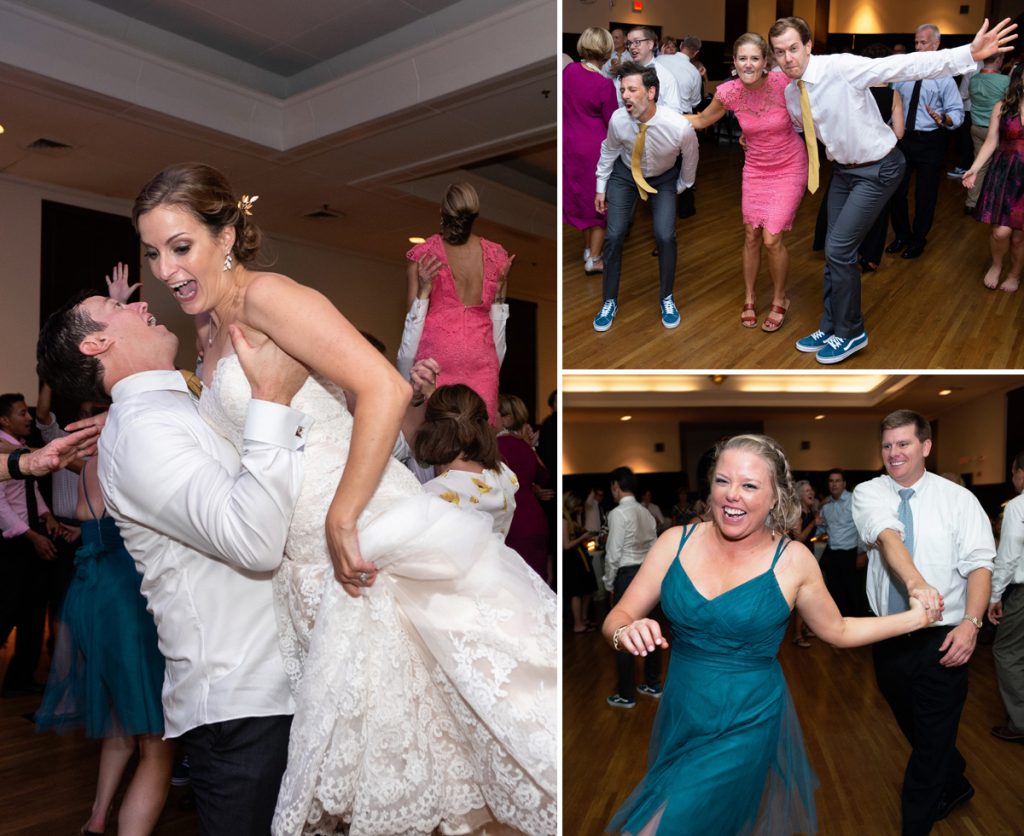 To see images from Anne & Andrew’s engagement session, which took place at 3 different Charlotte locations, click HERE. You have to see the adorable shots with their sweet pup, Goonie!